Luis Melo is an illustrator from Lisbon, Portugal, born in 1981. He majored in Communication Design form FBAUL in 2005 and worked in the games’ industry for more than 10 years as a concept artist and art director, having moved to Shanghai in 2009 and Québec City in 2014.

Since 2017 he’s been back in Lisbon, developing an original line of illustration work, connected to personal interests like funky music, science-fiction and old video games, under the name of Party In The Front.

Like us at Book4Games, he loves the work of Roger Dean, who illustrated some of the best game covers in the industry. When we approached him with the idea to create a new Signature series for our Precision Game Storage which would feature some of his work, he was immediately in!

Colors and design of the actual product may differ from the pictures on this page. No games are included. 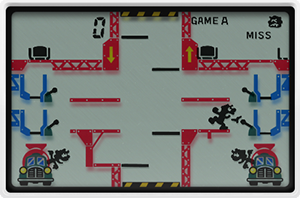 Our store is currently CLOSED as we are busy manufacturing our new products and fulfilling Kickstarter orders.

If you wish to be notified of our store reopening, you can subscribe to our newsletters: